Background: In recent years, there have been reports of success with autologous fat grafting to the breast for cosmetic breast enhancement. However, the procedure is generally contraindicated in women who are underweight (body mass index [BMI] <18.5).

Objectives: The author sought to determine the safety and success rate of autologous fat grafting for breast augmentation in underweight women.

Methods: Patients who underwent breast augmentation with autologous fat grafting and had adequate follow-up time (≥12 months) were assigned to group A (BMI >18.5) or group B (BMI ≤18.5; underweight). A retrospective analysis was performed to compare the safety and effectiveness of fat grafting between the study groups.

Conclusions: The same degree of breast enlargement was achieved in both study groups after autologous fat grafting for breast augmentation. The rate of posttreatment complications was not higher for underweight women. Therefore, it appears that BMI ≤18.5 is not a contraindication for this procedure.

The interest in breast augmentation using autologous fat transplantation for reconstructive and cosmetic purposes has been increasing over the last decades. In 2005, Spear et al reported that autologous fat transplantation is a safe technique that can improve or correct significant contour deformities which otherwise would require more complicated and riskier procedures to improve.1 In recent years autologous fat grafting to the breast has been reported to be a useful procedure for cosmetic breast enhancement in many patients who desire such a procedure, although there is still skepticism about this procedure.2,3,4 Certain problems remain however, such as unpredictability and a low rate of graft survival. Besides, complications after fat grafting to the breast such as fat necrosis, cyst formation, and indurations can be seen as in any other surgical manipulation of the breast.5,6

Many innovations to overcome these problems have been reported and reviewed previously. 7-13 Modifications of fat harvesting, fat processing and lipoinjection techniques to improve the survival rate for injected fat have been attempted. In recent years, researchers has indicated that cell assisted lipotransfer (CAL) in which stromal vascular fraction (SVF) containing adipocyte derived stem cells (ADSCs) and many other regenerative components could be used to improve the survival rate of grafted fat.14 In a review article, Rosing concluded that although the methods of fat harvesting, processing, and injection all have an impact on successful clinical outcome, injection method is considered to be the most important.15 Nevertheless, in breast augmentation by fat grafting, structural fat injection still resulted in the complication rate from 10 to 16%.4, 14 In 2013, the author’s earlier result demonstrated that the complication rate could be further lowered down to 2.2% by use of the “solid injection method” in autologous fat grafting for breast augmentation. 16

Women with body mass index (BMI) under 18.5 are categorized as underweight.17 Fat ratio in these patients is relatively low and often regarded as a relative contraindication for breast augmentation by autologous fat grafting. Unfortunately women with underdeveloped breasts are often underweight. The purpose of this study was to determine the safety and successful rate of autologous fat graft in breast augmentation for underweight women.

From May 2010 to September 2013, we performed autologous fat grafting to 339 patients. After exclusion of the patients with inadequate follow-up time (< 12 months) or lost to follow-up there were 282 patients enrolled in this study. The patients were divided to Group A: BMI > 18.5 and Group B: BMI ≦ 18.5. A retrospective analysis was made to identify the safety and effectiveness of the surgery between these two groups.

The study was approved by the institutional Review Board at the Aesthetic Department of Genesis Clinic. All patients had to sign a consent form that presented potential complications of infiltrating fat into the breast and also agree to undergo routine postoperative mammography and ultrasonography.

The difference in breast circumference (BCD) was also evaluated for each patient preoperatively and postoperatively. BCD was defined as the chest circumference at the nipple minus the chest circumference at the inframammary fold. All the patients received preoperative and postoperative examinations of sonography of their breasts. After complete examination of the breasts, measurements of the thickness at 3- and 9- o’clock direction on areolar margin of both breasts were recorded. The 4 anchoring points of thickness measurement are defined as L3, L9, R3 and R9 (Fig. 1).

Potential donor sites for fat graft harvest, including the abdomen, flanks, hips, and thighs, were identified preoperatively with the patient’s consent. All procedures were performed under iv sedation and local tumescent anesthesia. Approximately 150 cc to 300 cc of tumescent anesthesia (1000 cc of lactated Ringer’s solution , 80 cc of 2 % lidocaine, and 2 cc of 1:1000 epinephrine) was infiltrated into the site for fat graft harvesting 10 minutes before initiating liposuction. A 3-mm or 4-mm aspiration cannula loaded to a low pressure suction machine (under 600 mmHg) was then used to harvest adipose tissue.

Preparation of the SVF-enriched fat graft

100 ml of the harvested fat was mixed with 1 % type I collagenase (100 mg in 100 cc normal saline solution) and transferred to an incubator. Shaking incubation under 37℃, 200rpm for at least 30 min to dissolve the adipose tissue was done for isolation of SVF containing ADSCs. During the isolation process, the other aspirated fat was prepared for grafting by centrifugation at 800 G for 4 min to remove free oil and bloody component. Freshly isolated SVF was then attached to the aspirated fat, with the fat acting as a living scaffold before transplantation. The SVF enriched fat was then transferred to 10-ml BD syringes and connected to a 14 G, 15 cm, single hole cannula ready for injection.

Delivery of the SVF-enriched fat graft

Injections were performed with the patient in a supine position. After approximately two-thirds of the total volume was injected, the patient was moved to a sitting position for assessment of the injection progress, then returned to the supine position for completion of the injections until the desired results were achieved. The injections were made in a fanning manner and in small aliquots through multiple passes and tissue planes to improve graft take. For patients of both groups, the fat was injected to the breast at subcutaneous, intramuscular, retromuscular, and premuscular layers. The amount of fat to be injected to the 4 layers was divided evenly but might be more or less depending upon the recipient site condition. (Fig. 2) There was no difference in the injection technique between group A and group B.

The data of patient profiles and the complication rates were analysed using SPSS software 17.0. P value smaller than 0.05 was regarded as significant.

A 32-year-old woman with BMI 18.0 (height: 170 cm, weight: 52 kg) came to our clinic for cosmetic augmentation of her breasts. We performed autologous fat graft 280 ml to her right breast and 280 ml to the other one. After the surgery, her BCD changed from 9 cm to 14.5 cm (Fig. 3). Sonography revealed marked increase of the thickness of her breasts. Postoperative follow up showed no evidence of complication (Fig. 4).

A 27-year-old female with BMI 20.4 (height: 168 cm, weight 57.5 kg) came to our clinic for cosmetic augmentation of the breasts. We performed autologous fat graft 260 ml to her right breast and 240 ml to the other. After the surgery her BCD increased from 4 cm to 6 cm (Fig. 5). Sonography revealed marked increase of the thickness of her breasts (Fig. 6). However, an induration with 6.3 mm in diameter was noted over left 7- o’clock direction of left breast at 11 months (Fig. 7).

A 28-year-old female with BMI of 17.6 (height: 155 cm, weight: 42.5 kg) came to our clinic for cosmetic augmentation of her breasts. Autologous fat graft 250 ml in each breast was transplanted in one session.

After the surgery, her BCD changed from 5.5 cm to 9.0 cm (Fig. 8). BCD increased from 5.5 cm ( baseline) to 9.9 cm ( 38 months) after surgery. Sonography revealed marked increase of the thickness of her breasts with no evidence of postoperative complication (Fig. 9).

Autologous fat grafting to the breast is not a simple procedure and better be performed by well-trained and skilled surgeons.18 Methods of fat harvesting, processing, and injection all have an impact on successful clinical outcome, and many innovations to overcome these problems have been reported and reviewed previously. 7-13 However, there was no article discussing about the relationship between the success rate and patient’s weight to date.

Women with body mass index (BMI) under 18.5 are categorized as underweight. 17 Fat ratio in these patients is relatively low and often regarded as a relative contraindication for breast augmentation by autologous fat grafting. Unfortunately women with underdeveloped breasts are often underweight. The thickness of their breast is thin and the overlying skin is often tight. Injection of too much fat into such breast is one of the causes of graft failure.

Our results demonstrated that although underweight women had lower preoperative and postoperative BCD and the injection volume of grafted fat was significantly lower, the change of BCD was the same as compared to women with normal weight. This was due to the thinner chest circumference of underweight women and smaller amount of injected fat could make the similar degree of enlargement. Underweight was not a contraindication of autologous fat grafting for breast augmentation.

Postoperative complications of autologous fat grafting to the breasts included fat necrosis, infection, indurations and calcifications which can be detected at routine postoperative physical examinations and Sonography of the breasts. The golden rule of fat injection was Colleman’s method (structural fat injection) in which the grafted fat should be placed in small aliquots with each pass to maximize the surface area of contact between the grafted fat and the recipient tissue.19 A large surface area of contact between the host tissues with their capillaries and newly grafted tissue promotes nutrition and reduces the number of liponecrotic cysts. However, in breast augmentation by fat grafting, structural fat injection still resulted in the complication rate from 10 to 16%.4,14

In 2013, the author’s earlier result demonstrated that the complication rate could be further lowered down to 2.2% by use of the “solid injection method” in autologous fat grafting for breast augmentation.16 In this method, the fat was injected into 4 layers of the breast. The operator used his non-dominant hand to feel the tip of the injecting cannula and help guiding the injection. The fat was only injected on withdrawal when the operator felt a solid feedback while advancing the cannula. No injection was performed when the operator feel an empty feedback from the cannula. At this moment, no fat should be injected and the cannula should be withdrew and directed to a different space. The operator was always using his non-dominant hand to compress the breast to increase the contact area with the injected fat when performing fat graft injection. At the end of fat injection, the breasts were still soft and there were no pressure leakage from the entries (Fig. 10).

The time to detect the complications was 1-11 months in our cases. Indurations and/or calcifications could develop as late as 11 months after fat grafting to the breasts. We recommended that the follow up time should be 12 months at least after operation in order to get a more accurate statistical data about postoperative complications.

In conclusion, underweight women could get the same degree of enlargement after autologous fat grafting for cosmetic breast augmentation. Postoperative complications were not higher in these patients. Underweight was not a contraindication to this procedure.

The authors have no disclosures with respect to the contents of this article. 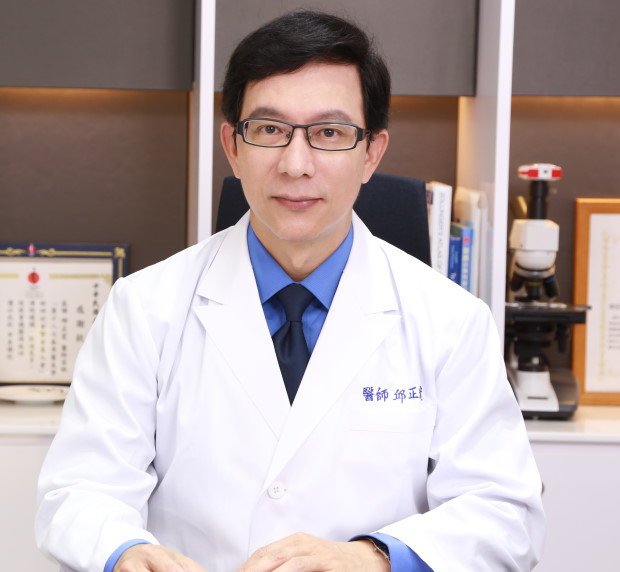 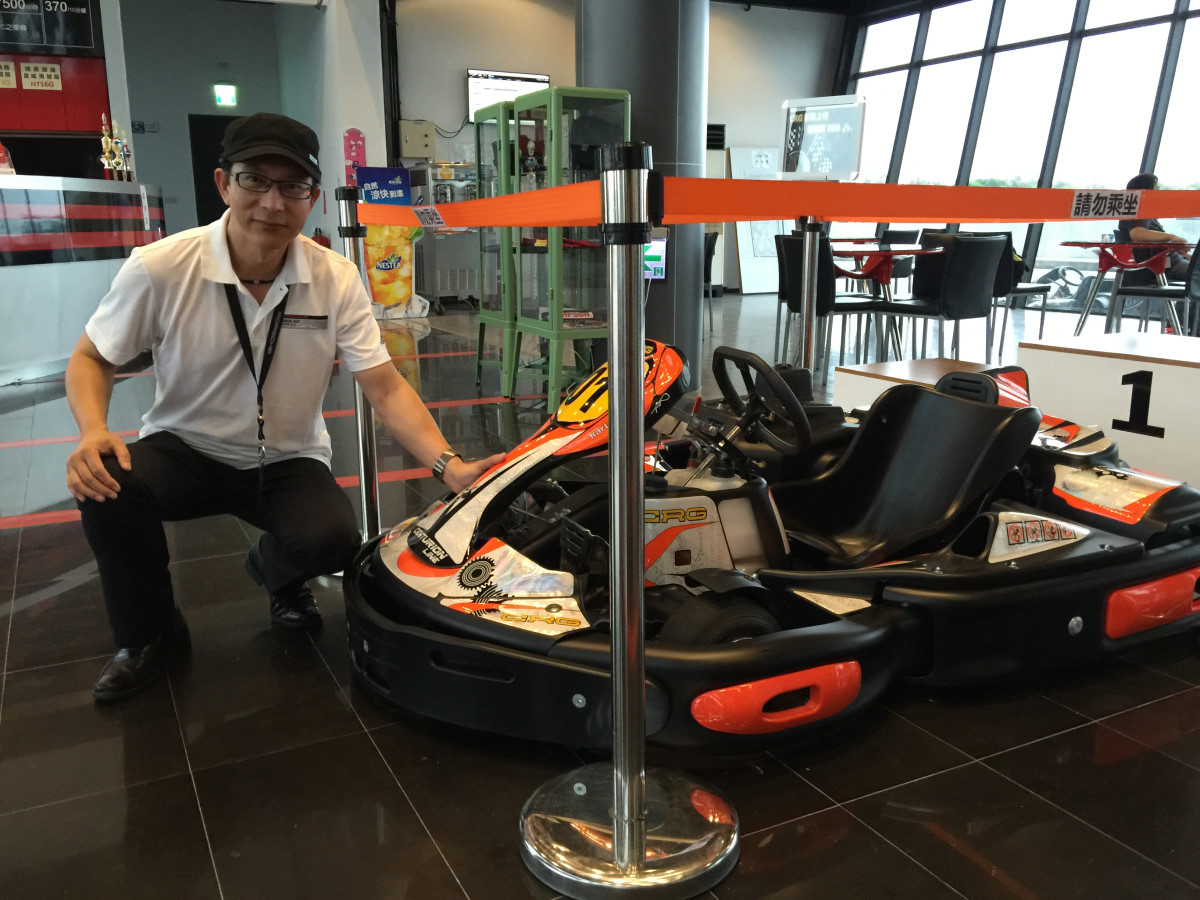